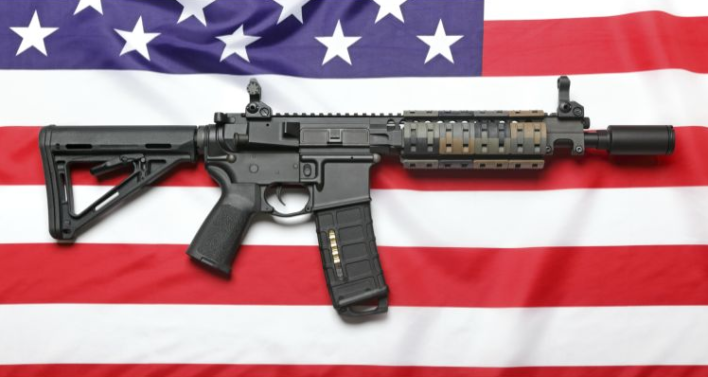 In the wake of the shooting of over 600 people in Las Vegas under what remains extremely confusing circumstances, there have been reflexive and emotional demands from the usual suspects demanding a ‘final solution’ to America’s gun problem. They are demanding “Common Sense Gun Control” legislation. The phrase means nothing at all because their sense isn’t sensible, nor is it common. And some on the political left (who are the true fascists, to which they purport to be “anti”) are nakedly calling for the total disarmament of the average American gun owner.

How would they do it?

Anyone who thinks that Americans should be disarmed should be prepared to explain how an estimated 600,000,000 firearms and 24 Trillion rounds of ammunition in the hands of law-abiding civilian gun owners are going to be confiscated. Seriously. Let’s hear your proposal. In any scenario, does it seem probable that there would be bloodshed involved in the stripping of a fundamental right and the theft of private property?

If the goal of gun confiscation is to reduce the number of firearm-related deaths, do you think that starting a civil war resulting in the deaths of likely tens of millions of Americans is a means to an end? How much political genocide would you consider reasonable to achieve the goal of “gun control”?

The National Firearms Act of 1934 (NFA) [5] made machine guns largely illegal to own (a legal pre-ban M16 costs upwards of $16,000 and requires extensive background checks and approvals). In addition to breaking laws against murder and terrorism, the assailant in Las Vegas also seems to have violated the NFA.

How is more gun control legislation going to deter a motivated killer who doesn’t care two wits about the law in the first place? It won’t. This is a terrible case of people feeling like government needs to “do something” and people start saying things like, “there ought to be a law!” There is. Murder is illegal.

It is the constitutional right of every non-prohibited person to keep and bear arms that are ordinary and useful to the purpose of standing as the organized or unorganized militia (10 U.S. Code § 246 – Militia: composition and classes) [1]. The U.S. Supreme Court has held, beginning with United States v. Miller, 307 U.S. 174 (1939) [2] that the 2nd Amendment applies to weapons that are “ordinary military equipment” found Clarence Thomas in Printz v. United States, 521 U.S. 898 (1997) [3]. Because automatic and select-fire weapons are “ordinary military equipment”, and as the Supreme Court held in District of Columbia v. Heller, 554 U.S. 570 (2008) [4] that the 2nd Amendment confers an individual right to keep and bear arms, the National Firearms Act of 1934 [5] (emotionally prompted by the St. Valentine’s Day Massacre) and the Gun Control Act of 1968 [6] (Reflexively prompted by the assassination of President Kennedy – *by a lone wolf gunman, we are told to believe*), should be nullified.

The answer to tragedy — even severe tragedy — need not be an automatic urge to create civil-rights-destroying laws that turn out to be unconstitutional on their face. We have enough laws, but even without the U.S. Code, there are the inherent civil rights that spring forth from natural law. For instance: You have a right to be free from aggression. The laws against murder and terrorism (extreme aggression) clearly are intended to prohibit the kind of carnage seen in Las Vegas. And while you have a right to be free from aggression, you don’t have a right to be free from risk.   So to those who are pushing “Common Sense Gun Confiscation”, please tell me: What additional restrictions on gun ownership or possession would have stopped 600 people from being shot by someone who wilfully disregarded the most fundamental moral law of all, “thou shalt not kill?”

Does gun control work in other countries?

Some people will say that America needs to go the way of Australia or Western Europe.  They claim that “gun control works everywhere else.” O really? Did Gun Control work in Paris when the Charlie Hebdo offices were attacked by terrorists with AK-47s? Did it work when concert-goers were massacred by gunfire at the Bataclan Theater? And what are the benefits of a completely disarmed population? Gun restrictions in Sweden ensure that immigrants can wantonly rape Swedish women with no fear that their victims will be able to present a lethal defense.

Even without easy access to firearms, criminals and terrorists in the UK are using heavy trucks to mow people down and engaging in knife attacks in crowded areas. What is the response of British police? They’re arming themselves with guns in the hope of being able to defend themselves and their communities, something that Britain hasn’t done in living memory. I thought Gun Control would eliminate all violence, murder and rape? Gun Control doesn’t work everywhere else, except to make the population helpless victims-in-waiting.

Count the cost – Blood and Treasure

To those who are demanding Common Sense Gun Confiscation: Are you personally willing to bang on a door and serve a search and seizure warrant on the home of a non-compliant gun owner? When you go to your Marine Corps combat veteran neighbor’s house, knowing that he is determined to fight to the death, are you also prepared to fight to the death to disarm him? May I suggest that you darn well better be.

…what you’re proposing is spending $880 Billion JUST ON COMPENSATION (before the costs of bureaucracy) in order to get Americans to surrender their guns.

Before we get to planning the lightning raids on gun owners’ homes, let’s consider the economic impact of what you say the gun confiscation crowd wants to do. For the sake of simplicity, let’s assume a fair market value of $300 for every privately owned gun owned in the U.S. That’s $300 x 600,000,000 which equals $180,000,000,000.00 ($180 Billion). And that’s not even counting the value of the Ammo. Let’s assume $0.05/round x 14 Trillion Rounds or $700,000,000,000.00 ($700 Billion). We have a Fifth Amendment with its “takings clause” that requires just compensation for confiscated property, so what you’re proposing is spending $880 Billion JUST ON COMPENSATION (before the costs of bureaucracy) in order to get Americans to surrender their guns.

But let’s assume the oft quoted 3% (III%) of gun owners won’t turn them in. Contemporary polls estimate that approximately 44% of households own guns, so from about 106 Million adult gun owners, you’re looking at around 3.1 Million Americans who are willing to be arrested or killed to preserve their constitutional right to self defense and private property and/or to defend the security of a “free state” against a tyrannical government. Are these Gun Control advocates prepared to compel the United States to commit political genocide and the targeted killing of over 3 million of their fellow citizens, only because they believe that they will live under the false peace that comes when only the murderous and tyrannical power of the state remains to wield a weapon?

Any citizen or national who would do this to America and to Americans, is a domestic enemy of the Constitution and the Republic.