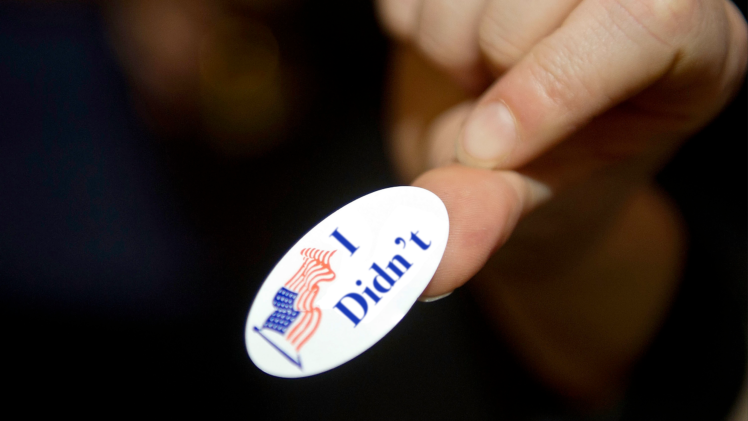 The greatest thing to happen on Election night 2016, was not that Trump won. Again… I didn’t vote for a man who promised to murder the families of suspected terrorists (which he did 9 days after his inauguration, in a Yemen raid that killed an 8 year-old American citizen and a Navy SEAL).

The greatest thing to happen on Election night, was the UTTER DESTRUCTION of the lying media. I applaud Trump for his role in pulling back the veil on the constant media lies. The destruction of the effectiveness of the lying media will be the greatest legacy of his Presidency.

And the Democrat/Media Industrial Complex is gasping for air and going back to the only playbook they have: Big Lie Theory. The truth does not suit them.

The right-wing-nut media is not in love with the truth either. They love war. “Warvangelicals” are led by zionist jews like Ben Shapiro and Dennis Prager and whipped up into anti-muslim hate. They’re lying their way into war with Iran. They’ll use a false flag attack to do it and are willing to let American servicemen die to advance their zionist apocalypse. Mike Pence and Jared Kushner are the zio-con Trump-whisperers in the White House that are propelling the President toward waging a war for Israel (with tangential benefits to U.S. oil interests, of course).

Democrats love war, too. Hillary all but promised WW3 with Russia if elected. They’re all part of a wicked death cult that I want nothing to do with, which is why I have withdrawn my consent. If you vote, you have no right to complain.

The Declaration of Independence says, “We hold these truths to be self-evident, that all men are created equal, that they are endowed by their Creator with certain unalienable Rights, that among these are Life, Liberty and the pursuit of Happiness. — That to secure these rights, Governments are instituted among Men, deriving their just powers from the consent of the governed…”

If you vote, you consent. I do not consent.