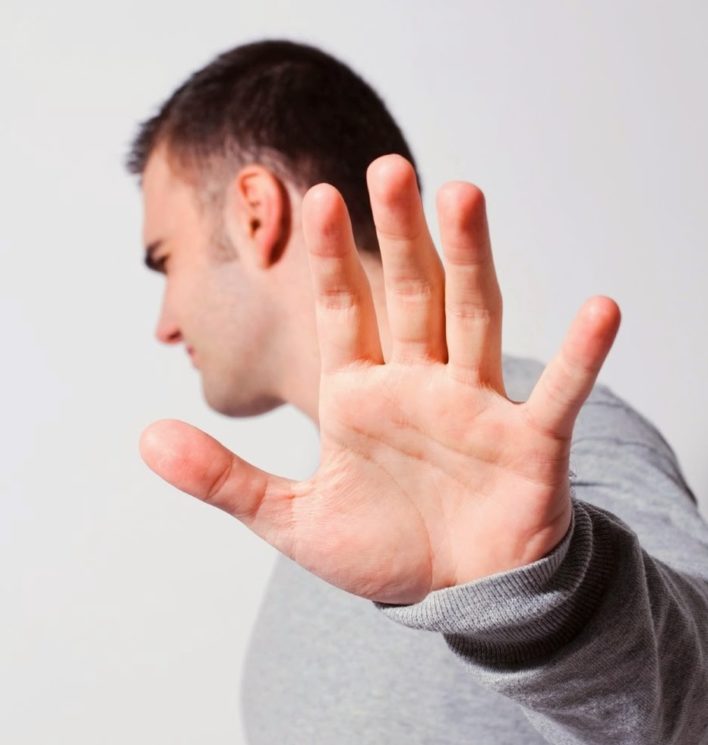 Most people who deny God’s existence do so for three primary reasons. I used to be one of them, and one of these reasons was mine:

1. The first type of denier wrestles with this: If God is real, it means that they are accountable to a supreme being for their actions. Right after the famous “John 3:16” Jesus said, “And this is the condemnation, that light is come into the world, and men loved darkness rather than light, because their deeds were evil. For every one that doeth evil hateth the light, neither cometh to the light, lest his deeds should be reproved.” (John 3:19-20) People reject God because they don’t want to change their ways. They like their sin.

If god exists, why is there so much pain?

2. The second type of denier doesn’t understand the problem of sin and why it separates us from God — and why that separation is what causes all the pain and suffering in the world.

a. God created us so that we could be loved by him and that so we can love him. But love is not true if it is coerced. So God gave us the free will to NOT love him. When he did so, he opened the possibility that mankind would reject him.

b. God is holy. If God is PERFECT and pure and just and glorious, then he cannot allow even a tinge of unrighteousness in his presence. The rebellion of mankind removed God’s perfect protection from us. Mankind has been influenced by “spiritual wickedness in high places” (Ephesians 6:12).

c. Because there is sin in the world, there have been consequences. There is calamity and despair.

d. God has a plan to reconcile those who love him, and it begins and ends with his son Jesus and putting your faith in Him alone to save you from your sins. Nothing you do will ever be good enough. The Bible says that “all your righteousnesses are as filthy rags” to God. Only Jesus was perfect and sinless and can reconcile you to God. Those who reject Jesus reject God also (1 John 2:22) and they are eternally condemned.

e. If God allowed imperfection into his perfect presence, he would be polluted and unholy. If he gives a pass to any sinner, he’s an unfair and corrupt judge. If you blame God for the consequences of sin, you’re trying to make God in your own corrupt image, and that’s not who He is. Remember… he is love, he loves you, and he created you to love him. It’s your choice to accept that, but you don’t get to write the terms. Loving God in a broken world, with a broken heart and with a broken relationship with Him requires humility instead of hubris. It requires surrender.  William Lane Craig has a great video explaining suffering and evil.

I can’t believe in something I can’t see (except evolution).

3. The third type of denier has unresolved intellectual skepticism and cannot accept something that they cannot concretely prove. They’re willing to believe in theories that explain things that supposedly happened millions of years ago, that no human eye has seen, but they reject the most documented events in recorded human history, occurring just 2000 years ago when Jesus of Nazareth claimed to be the Son of God, fulfilled more biblical prophecies that can statistically be attributed to chance even over millions of years, and performed supernatural miracles (even documented by non-Christian scholars in the Jewish Talmud where they refer to him as a “sorcerer”), culminating in his being put to death for the crime of blasphemy (calling himself God), being raised from the dead, seen by over 500 people alive after his crucifixion, and having made a promise to return again, ascended into the clouds with angels.

The intellectual skeptic readily finds dullard Christian preachers who know nothing of science and stereotypes all Christians as “the blind leading the blind”, ignoring that some of the greatest scientists in history were believers in Jesus (Isaac Newton would probably be more known for his eschatological writings if he hadn’t done so much work on gravity and thermodynamics).

Who Writes this stuff?