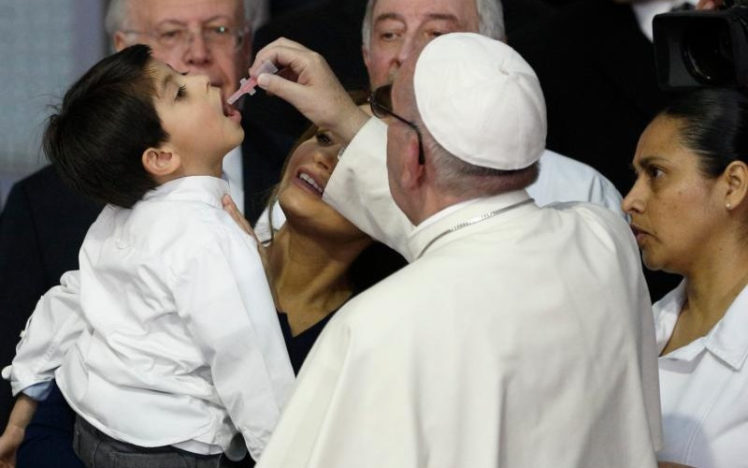 It’s almost impossible to convince people that vaccines are unsafe. It has become a holy war with all the hallmarks of religious zealotry. You’re not going to convert the Pediatric Priests who administer the sacraments of intentional-infection, nor are you going to turn the Bishops of Bureaucracy at HHS because almost all of them are dispatched straight from the vaunted halls of pharmaceutical industry, ordained by Saint Merck and the Apostles Glaxo and Smith and Kline.

This pseudo-scientific religion has been adopted by more people on earth than all the major religions combined.

This pseudo-scientific religion has been adopted by more people on earth than all the major religions combined. How do we think we’re going to stop it? Mom-blogging? I’m not trying to be cruel here, but let’s be pragmatic. The warrior moms are a mere annoyance to the conquering clergy of the Church of Vaccines. The Pediatric Priests demand tribute with well-child visits or they will send CPS after you for “neglect”. Their faithful followers have taken over school boards, legislatures, global governance and billions of parents send their progeny off to public schools and government-controlled child care where they are coerced, shamed, or in some cases forced against their will, to submit their children’s tiny bodies as a living sacrifice to the god of modern medicine. They have complete cooperation between (vaccine) church and state.

When you see parents, whose child is dead not 48 hours after receiving their vaccine sacraments, so completely and dogmatically gaslighted by the Pediatric Priests who administered the kill shot to their child, come out and defend the killers, blame the innocent, and attack the uninvolved — when you see them demand that every other parent surrender their child for sacrifice as well — you’re no longer dealing with rational people. You’re dealing with religious zealots of a false and wicked religion. 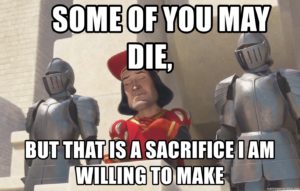 And these are the people who call the unvaccinated “insane” and “anti-science”.  They’ve flipped the script!  They’re not practicing science.  They’re practicing sacrificial infant murder as a religious rite under the guise of it being “healthy” and scientific.  Whatever benefits may have been conferred by vaccines at one point in their development, have been eclipsed by the wake of their destruction.  Those who make absurd statements like, “we don’t know what causes autism, but we know that vaccines do not” are engaging in outright sophistry and being intentionally intellectually dishonest.  If they were honest, it would mean excommunication from the Church of Vaccines, persecution, loss of status and in some cases, a fatal “accident” as so many in the holistic health community seem so prone to.

If this is a holy war, as I’ve described, one side is winning with overwhelming victory. The battlefield is littered with tiny corpses.  And it’s far from over.  My personal take is that the global vaccine bureaucracy and the psychological conditioning of the world population to obediently accept this behavior is part of a literal move toward a one world (beast) system where everyone will be coerced into having a mark on their person to be able to buy or sell, and it will be a form of worship.   But that is a topic for another discussion.