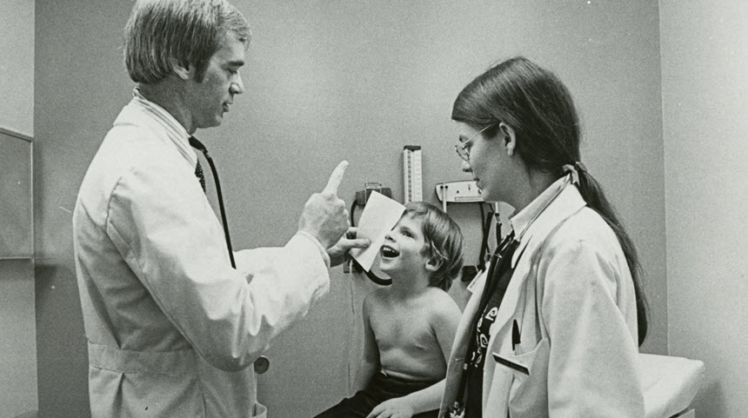 [responsivevoice_button rate=”1.1″ pitch=”1.2″ volume=”0.8″ voice=”UK English Male” buttontext=”Listen to Post”] There’s an article that’s been circulating since 2013 written by Amy Parker, where she regales us with the horrors of her naturalist upbringing in dirty, rural England and bemoans being unvaccinated as the root cause of all her ailments, to include tonsillitis (an irritation of the tonsils for which there is no vaccine) and HPV (a preventable sexually transmitted disease).  She readily admits that she was constantly being given a barrage of antibiotics (which harm natural immunity), but that had nothing to do with the fact that she kept becoming infected while playing outdoors in a part of the UK best known for a 1967 Foot and Mouth outbreak, 2001 Mad Cow (CJD) disease outbreak and ever-present Lime disease warnings due to an over-abundance of ticks.

Ms. Parker blames her miserable childhood on parents who were too “organic” and didn’t vaccinate her, and spends the balance of the article begging other parents to spare their kids of such peril by obeying public health advice and to give their children every vaccine available.  She’s an admitted (former?) witch (i.e. witchcraft).  Since Ms. Parker discovered “critical thinking”, she has given up on tarot card reading and past-life regressions in favor of pharmacology (talk about your false-choice paradigms).  She wrote, “It was when I stopped taking sugar pills for everything and started seeing medical professionals that I began to thrive physically and mentally.”

I had a different experience with childhood vaccines

I was vaccine injured in 1974. My gut was destroyed. It may have been from the vaccines themselves, or possibly from a secondary infection against which I was defenseless, having my immune system attacked and destroyed by vaccines.

At 2-3 years of age, I would endure severe bouts of intestinal cramping (later found to be my intestines telescoping inside of themselves – a condition known as intussusception). I eventually ended up in emergency exploratory surgery in 1975 where my appendix was removed (because it was settled science in 1975 that it served no good purpose).

I was tested and diagnosed to be allergic to corn, wheat, oats, citrus, dairy, eggs, tomatoes, etc. I was diagnosed with “Hyperactivity Disorder” (ADHD didn’t exist yet as a clinical diagnosis) and my mother was told to limit my sugar intake, which was believed to be the cause of my hyperactivity.

I banged my head on my pillow. Everyone just thought it was a weird behavior, but to me, it was somehow soothing. This would now be counted as behavior identified with autistic children. I also had constant ear infections. My immune system was barely there.

The little boy version of me was often in pain. He was often hungry. He got sick of eating baloney on rice cakes with mustard for lunch. I couldn’t go to a single birthday party and enjoy cake and ice cream, nor could I ever partake in school pizza parties. I ate bunless hot dogs with mustard at picnics. I was mocked and teased at school, not just for eating weird food, but for being irritable and restless.  Though I had attention and behavioral problems, I wasn’t considered a special education kid because I had a high IQ. Often, I was just considered to be morally bad and punished endlessly. I was finally tested and mercifully put into a “gifted” program where I wasn’t forced to sit, stand, walk, talk and eat in complete conformity. A little latitude helped.

When I received a DPT booster in 3rd grade, everything got worse. My whole arm was swollen and in severe pain. I had intestinal pain so often that I was being sent home from school and told by the school nurse and teachers that I was “just being lazy”.  My mom had to leave work to come and deal with me.  If my symptoms improved after the hour or more it took her to get to school, the nurse reasoned that it was all in my head and I just wanted attention. Adults openly discussed such things in front of children in the 1970s. I was labeled a hypochondriac.

It wasn’t until puberty (and several years after my last vaccine) that my gut finally “reset” and I was able to function normally. I still have mild adult ADHD, but I have learned a lifetime of coping mechanisms.

I realize that many of these symptoms are (tragically) common now, but in the 1970’s they were not common.  I didn’t know any other kids with allergies.   I was a canary in the coal mine (had anyone bothered to notice) but instead, I was relentlessly shamed by teachers and other kids around me because I was not “normal”.

I am infinitely grateful that I was not worse off.  I have seen the death and destruction caused by vaccine injuries and I’ve watched the proverbial frog boil in the pot as doctors continue to ignore parents and the evidence of harm that’s right in front of them.  If vaccines can’t be made safe, they must be optional.  And knowing what I know, and having lived through a childhood sidetracked by vaccine injury, I can only encourage parents to count the potential cost when making the decision to vaccinate.