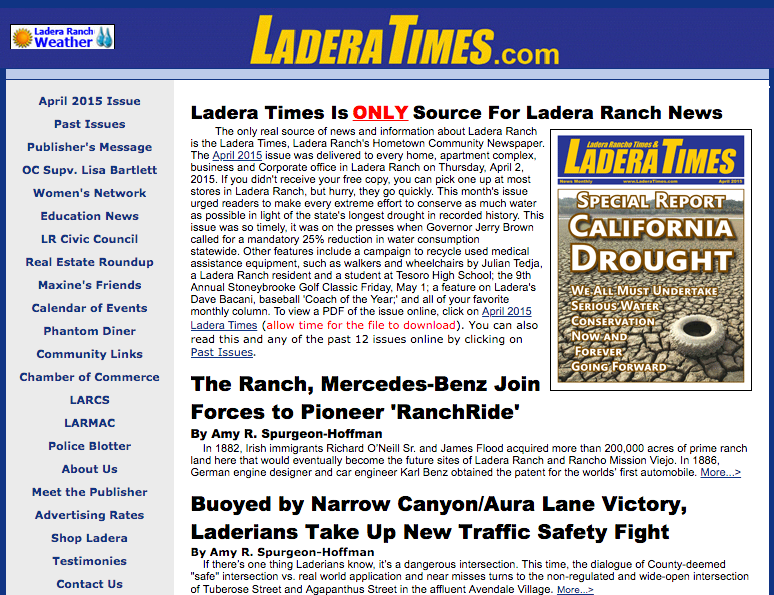 I had been a reporter for LaderaPortal NEWS and LaderaTimes.com for many years and at one point, I reported on a local crime, committed by a shameless career criminal named Stephane Roger Marchand. The original article I published was located at:

It also ran in the Print Edition of the Ladera Times with a circulation of approximately 11,000.

Stephane Roger Marchand is the perpetrator of numerous fabricated hit pieces targeting me and intended to search engine optimize (SEO) my name in association with ludicrous lies. Marchand is documented to have "bi-polar" disorder in Orange County Sheriff Department reports, and he has had his wife arrested for domestic violence.  He himself has been arrested for domestic violence numerous times. 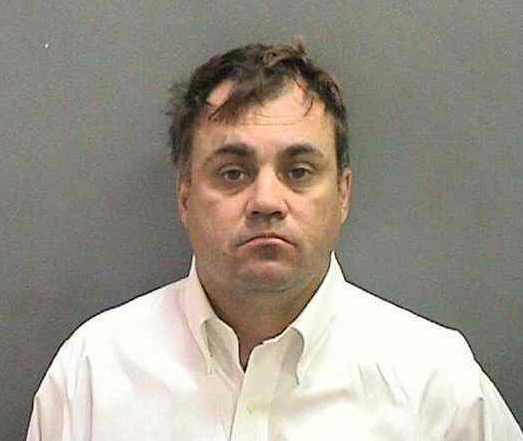 Mr. Marchand (AKA Roger March - and other aliases) is a convicted felon who burglarized his neighbor.

Stephane Marchand Burglary ... by on Scribd

Marchand has also been found civilly liable for fraud in a case where he was accused of swindling money from an Anaheim School Guidance Counselor.

Stephane Marchand was charged with 4 counts of felony grand theft among other charges, but pled down to practicing law and real estate without a license. He was convicted and sentenced to 45 days in jail.

Stephane Marchand Convicted... by on Scribd

He is also accused of faking the trading of Binary Options in order to steal money from potential "investors".

He is also accused of fraudulently hiring numerous housekeepers and nannies and refusing to pay them while at the same time, threatening to have them or their family deported if they complain and don't continue to work.

Marchand also squatted in a house in Ladera Ranch that he convinced the homeowners into quit-claiming him onto title in the belief that he would sue the Banks and the FDIC and get them back their home without paying their mortgage and a clear title. Seriously... you can't make this stuff up.  His strategy was simply to cloud the title and live rent free as long as possible.

Stephane Marchand as Odd Pl... by on Scribd

And on top of that, the attorney he used to sue the bank was trained in "Nigerian Law School" and disbarred in the middle of the case.

He has falsely posted all over the Internet that I am a "child molester", that I have exposed myself to children and that I am a have sold sick puppies to single mothers, all of which is provably false.

He has telephoned and emailed me death threats and I have had an emergency protective order and a civil restraining order against him, but he is undeterred. He is attempting to "Search Engine Optimize" (SEO) my name with as many lies about "bad acts" as he can, but the irony is that most of what he is accusing me of is what he is ACTUALLY doing.

Here's the problem with his plan, though. Everyone who knows me, knows my character and doesn't believe a word of this. Anyone who has ever met Stephane Marchand, does not have to know him for long before the realize that he is a criminal psychopath.

So every time ANYTHING about me shows up on the Internet, ALL of this information is going to be posted along side of it so that ALL WILL KNOW about the pathetic psychopath who is cyber-stalking me.

IF YOU RUN ACROSS STEPHANE MARCHAND... run. Do Not Walk. Any interaction with him may lead to you being a victim of fraud or stalking. And if you call him out, he will claim that you are a child molester, prostitute, drug addict, etc.

In a manic state, Marchand telephoned the VP of HR at Cisco Systems to report me for allegedly "using company resources" to harass him. The result of that phone call was that the company issued a Security alert and a BOLO (Be on the Lookout) with his mug shot for all facilities. He came across as completely nuts when he talked to them and they went out of their way to protect me. Marchand is crazy. Scary, psychopathically, crazy.