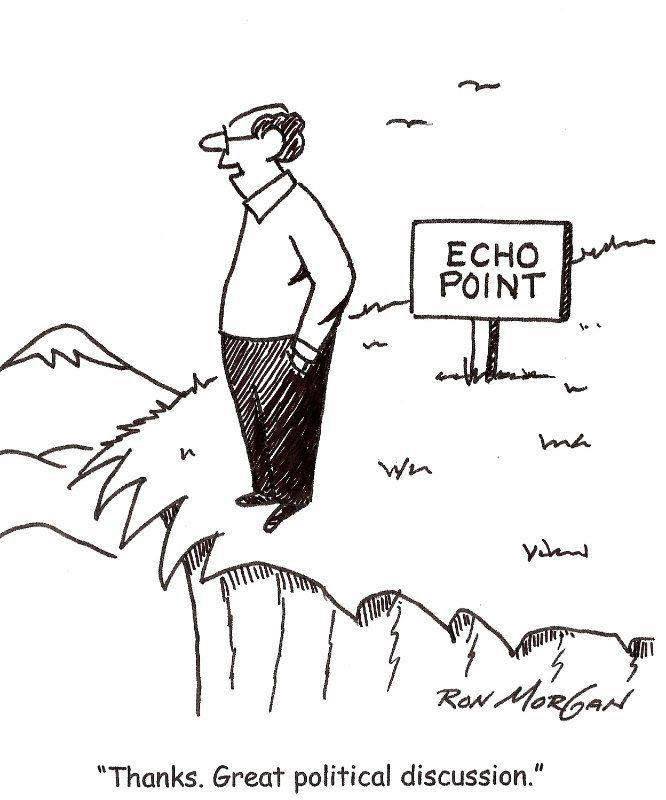 Politics in 2018 is about finding the people you agree with. #MeToo. Everyone is balkanized into self-confirming echo chambers. The AI and the scripted media have managed to get people to self-segregate into congruous interest groups that demonize non-conforming ideas. These cliques can be seeded with highly charged or weaponized “yellow” information that whips them into a frenzy. Many of these groups have “dog whistles” or phrases known to rile them up so much more than any other group.

Law Enforcement Officers are balkanized behind their thin blue line, so while overall, police officer deaths on duty went down in 2017, law enforcement’s psychological posture is approaching utter paranoia, where they’re at DEFCON 1 and trigger happy, which in turn enrages over-policed racial populations who have endured decades of institutional racism compounded by elements of self-inflicted cultural suicide.

Middle-age, middle-class, mostly-white people have been told that they don’t matter and that they can’t say that they want to matter because of the passive bigotry they exude as a result of being born with un-sheddable privilege.

Employment Unions balkanize people into an “us” vs. “them” mentality, and the public employee unions are the worst at exploiting their low-information workers.

Instant entertainment on demand through SmartPhones has given rise to a whole generation who get their way (*all the time*).

1,000 channels of linear TV programming and unlimited VOD from YouTube, Netflix, Amazon, WorldStarHiphop delivered through personal devices issued to every family member with thumbs; have made it so that people never have to gather the patience and deference to tolerate a 60 minute TV show in the living room that may not be their pick… all because Dad wants to watch something different for a change.

Everything is personal and instant and everyone is special, so shared experience where kids defer to elders and tolerate each other is a dead concept. That should terrify all of us.

But in another era, it was considered important and valuable to have a diversity of intellectual influences and a diversity of cultural or experiential inputs. Justice Clarence Thomas, in a rare interview granted to his former law clerk, Laura Ingraham, expounded upon the value of having a range of experiences and even wondered if it's that lack of shared experience that is causing "e Pluribus Unum" to lose it's "Unum".

Watch and see what he had to say: